As fans await Minor League Baseball to (finally) return, players from across the organization train at the South Bend Alternate Site (Site B) and in Arizona at the team complex. After such a long time away from the fields, players can finally showcase the hard work they have put in to training. Pitchers that built up their repertoire at home are now facing live hitters in bullpen sessions. I spoke with four pitchers who shared how their spring camp is going.

The last time Davidjohn (DJ) Herz provided an update on his work during the shutdown, he said he had put on some serious muscle and looked forward to seeing where his pitches were sitting. Bryan Smith of Bleacher Nation provided an update that Herz who he says now looks like “a safety”, referencing the football position. Though it’s early in his throwing program, DJ Herz is already sitting 93-95 mph in two inning live sessions. Even more exciting, Herz has been able to showcase the spike-curve he worked to develop with the Cubs pitch design department along with fellow Cubs prospect, Chris Clarke. According to DJ, his spike-curveball is looking sharp, but the next step will be working to command his off speed pitches. In April 15th’s live session he faced 6 batters with 3 Ks and 2 walks.

You can count Chris Clarke among the pitchers who entered spring camp with five pitches. Alongside, Riley Thompson, Ryan Jensen, Michael McAvene, among others, Clarke has both a 2-seam and 4-seam fastball, a plus spike-curve, and a changeup. What Clarke is most proud of during the shutdown was the development of a cutter, which separates him from the other named pitchers who throw sliders. According to Clarke, that cutter is “banging at the moment”. He is very excited about the progress. Clarke is already a fascinating guy to watch in this upcoming minor league season. He’s training as a starter and should have an opportunity to log innings right away with his arsenal.

Chris Clarke will be featured in an upcoming episode of 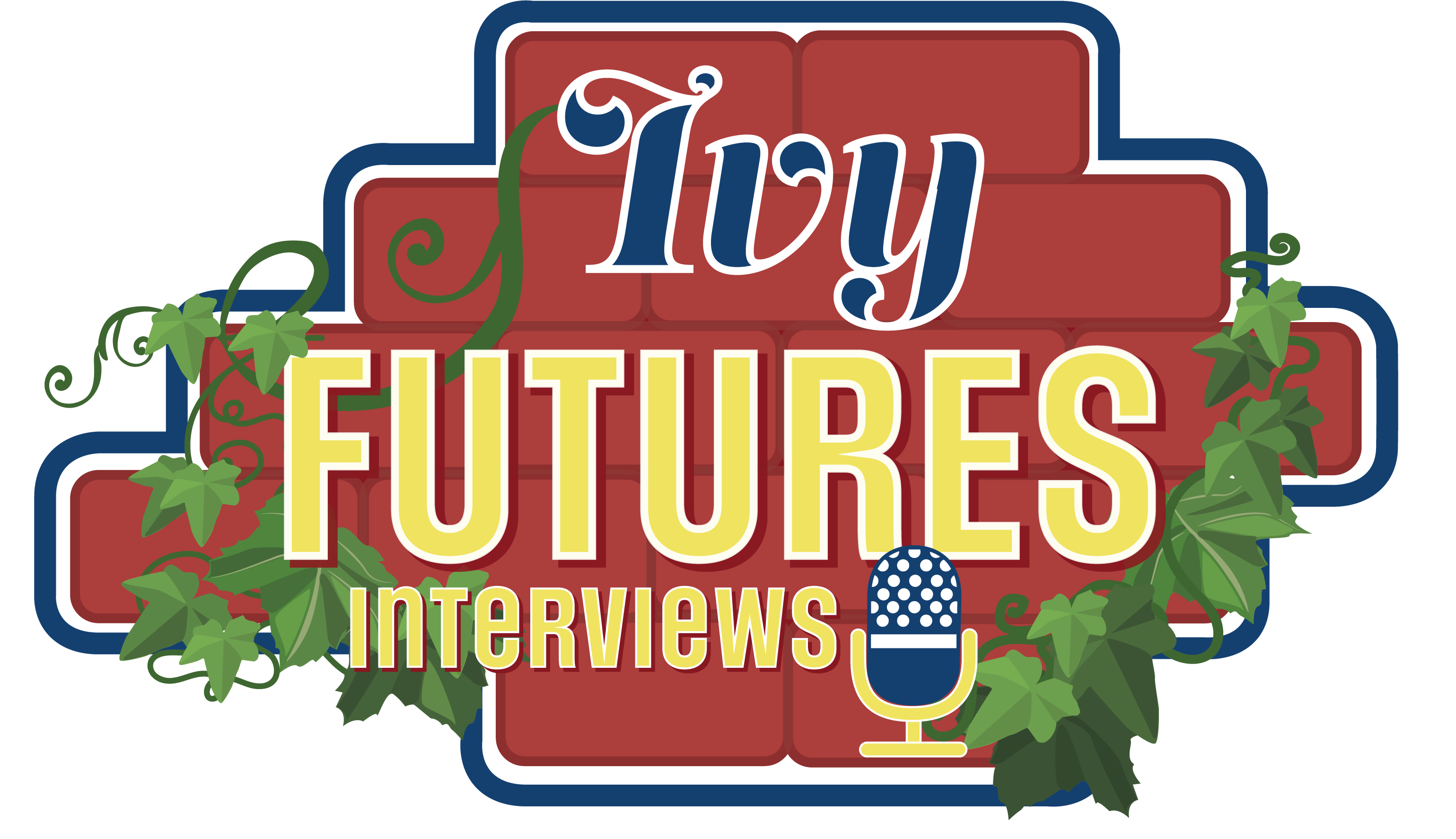 The Cubs signing Joe Nahas to a $135,000 deal after he went undrafted was one of the most surprising moments about the 2019 draft. Nahas was dominating the Cape Cod League (CCBL) with 27 K in 18 innings to only 6 walks when he signed the deal. Only a few weeks after pitching for the Cotuit Kettleers of the CCBL, Nahas found his way to Arizona and then later Eugene where his mid 90s fastball and above-average slider led to 20 K in 15 2/3 innings. He now is in spring camp with four pitches. According to Joe, “From a pitches standpoint I’ve added a 12/6 curveball and a Split/change to go along with the slider and fastball.” Surprisingly the curveball is not a spike-curve like so many pitchers in the organization have adopted (see below for Joe’s curveball grips).

Chris Allen may not have the name recognition of several others in the Cubs’ loaded 2018 draft class, but he’s a very intriguing pitcher to follow this season. Allen was drafted in the 20th round our of Marin Community College. The projectable lefty has a sharp curveball, but hasn’t been able to log a lot of innings due to an injury suffered last year. During the shutdown, Allen tore his rotator cuff and labrum. A daunting injury, he set out to work on improving his mechanics to reduce stress on his shoulder. The work he put in appears to have made all the difference. He’s building up slowly this spring after having an MRI on his shoulder (it came back clean according to Allen), and he’s throwing pain-free for “the first time in 2 years”. When fans see him on the mound, they will be able to see a new and improved changeup, which Allen has developed after talking with big leaguer, Adam Morgan.

“I should be facing hitters early next week. I’ve been talking with Adam Morgan on pitch grips to develop my change up and fastball to be better pitches. Nothing too exciting because it’s a slow build up but hopefully in the next couple weeks I’ll be fully ready to go in games.”

A special thanks to DJ Herz, Chris Clarke, Joe Nahas, and Chris Allen for sharing their progress during spring camp. Best wishes to all four this upcoming season.

I just love the pressure. Honestly, I love to perform better when it’s the big games, and it’s stressful games. And it’s being put in the situations that most people will fold. I love those.

Davidjohn (also goes by DJ) Herz came into the organization in the 8th round of the 2019 draft. Unlike previous recent drafts, the Cubs placed increased emphasis upon upside at the risk of rawness and/or prior injury. Herz represented the former as clips available leading up the draft showcased projectability and a three-pitch mix that was was far more about “flashing” above-average “stuff” than repeating it on the mound. The Cubs identified Herz as an ideal pitcher to bring into the player development system with the upside as an impact pitcher who features a bulldog mentality on and off the mound.

The clip (from 2019 footage) provides an important look into progress that Davidjohn had made in the Cubs system on all three of his pitches, but they don’t tell the whole story. According to DJ (and even the Assistant GM and Vice President of Pitching, Craig Breslow), he’s made enormous progress with his pitching mechanics. “Even [Craig] Breslow came up to me one day in spring training like, ‘Did you work with a pitching coach or trainer over the offseason?” Because your mechanics are looking way better than what they did from your first season’.” Herz said during an interview with Ivy Futures.

Herz attributes the improvements in his mechanics to focusing solely on baseball after being a three-sport athlete in high school. “I played basketball. I played football at very high levels. And now I’m putting all my focus on baseball. So I think it’s really helping me a lot.” Just like countless players across baseball affiliations, the lost 2020 robbed critical player development opportunities, but count DJ among those that used his time wisely. When DJ was drafted he was a svelte 175 lbs. and reported to spring training in 2020 at 185 lbs. But now, Davidjohn is rocking at 200 lbs. after adding even more muscle. “Because fortunately, this COVID period, [it] did a lot of good things for me, which I needed. I needed to get a lot stronger, I needed to gain weight.” Herz said.

However reshaping his body is only the first step to prepare for the 2021 season. Pitch development is critical to Herz competing at the next levels. DJ’s pitch mix in 2019 featured an improving change-up, albeit one that lagged behind his fastball and breaking ball. It appears there is significant improvement in the offering during DJ’s throwing sessions. According to Herz, “One thing that I’ve also been working on the offseason is my changeup, just commanding it. It’s got very good movement. It’s just I need to get command. But it’s coming along really good. And I picked it up really quickly.”

In addition to the change-up, you can count Davidjohn among the spike-curve adopters in the Cubs organization. “We’ve been working around with the curveball in spring training, which changed it from a regular curve to a spike curve now. And we’re trying to get it [from a] 10 to 4 [shape] now, trying to get to 11-5, 12-6.” Herz said. “And that’s coming along very good. I got buddies helping me from like [Cubs pitching prospect] Chris Clarke, who’s been working on me with that.” Cubs prospect hounds will no-doubt recognize Chris Clarke’s name-dropped in there. Clarke was a fellow draftee from the 2019 draft who features an impressive curveball. MLB pipeline gives it a 65 grade on the 20-80 scale (better than a “plus” pitch) and has this to say about the offering, “Clarke’s hammer curveball ranks as the best in the system and is effective against both left-handers and right-handers with its powerful downward break.” Herz was very gracious to Clarke for his help in developing the pitch. If DJ can incorporate anywhere near the shape and action of Clarke’s curveball, it should be a plus offering.

In a clear example of burying the lede, DJ was seriously optimistic about an increase in velocity on his fastball. He posted recent video of him hitting 102 on a crow-hop/”pull-down”. Those type of exercises are used by agencies like Driveline to increase velocity. Typically velocity readings from pull-downs are 2-3 mph faster than on the mound. Due to a COVID precaution during instructs, he doesn’t know where he’s currently throwing, but in spring training, he was able to experience the fabled “pitch lab”. With the caveat that there was likely some adrenaline in play due to throwing in front of the front office, according to DJ, he’s showcasing consistent velocity. “I only got to throw [there] two times in spring training. And each time I didn’t throw a pitch under 92. And I was sitting 93-95 just in the bullpen in the lab.” Herz said. DJ went on later to provide a fastball goal for 2021, “I’m hoping by next season, I’m at 97-98.”

Perhaps what I was most struck by in my interaction with Davidjohn was his tenacious mentality and will to improve himself. Baseball is a game of many more failures before successes. The response in handling challenges helps to determine the level of player he can become. DJ outlined his goals for 2021. “For me, it’s just showing everybody that, how bad I want it. And that, and just, I mean, just going out there and doing what I do. I just love, I just love the pressure. Honestly, I love to perform better when it’s the big games and it’s stressful games. And it’s being put in the situations that most people will fold. I love those.” Herz said. “Just do what I do and focus on what I’ve been working for. And all the hard work will pay off.” Cubs fans should look forward to seeing Davidjohn Herz in the big games.

Check out the full interview